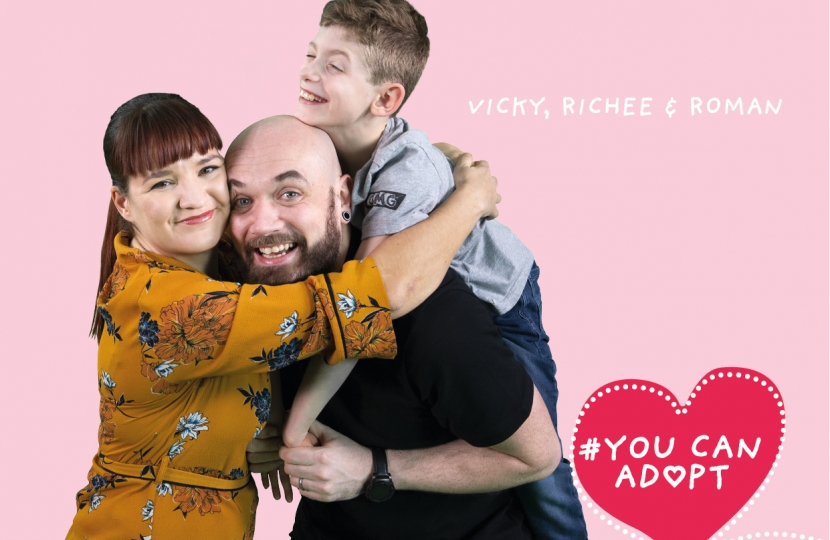 Adoption agencies across the country have joined forces to launch a nationwide recruitment campaign to raise awareness of adoption.

In the UK, there are almost 3,000 children in need of an adoptive family1 and the number of adoptions in England has fallen by a third in four years. In response, the new #YouCanAdopt campaign will bust myths around who is eligible to adopt and explore the adoption process, as well as highlight that especially during the COVID pandemic, there are still children out there who are looking for their new family.

With 43% of people admitting they do not know if they are eligible to adopt and 32% thinking they wouldn’t be able to, the new campaign aims to increase the number of people taking the first steps towards adopting a child.2

There are currently 20 Surrey children who are waiting to join a permanent family. All are aged 5 or under, and there are a number of sibling groups.

Suzanne Chambers, Head of Recruitment at Adoption South East, which covers the Surrey area, says: “The adoption process has evolved over the last few years; it is simpler and quicker than it has been previously and there is a lot more support available with over three quarters of adoptive parents finding the support and resources helpful.”

Michael Wilson, Head of Service at Adoption South East, added: “The future of many children depends on adults exploring adoption and taking the first step towards becoming an adoptive parent. We need to address misunderstandings and outdated views to ensure that nobody is discouraged from taking the first important step towards adopting a child. Some people may also be worried about adopting in the current climate, but there are children waiting to be adopted, and systems and support in place to ensure that assessments and preparation can be conducted safely.”

Some of the biggest misconceptions around eligibility are that single people, older people, and those who are LGBTQ+ are not allowed to adopt, which is not the case.

The #YouCanAdopt campaign also aims to target potential parents from Black, Asian and Minority Ethnic backgrounds, as these children traditionally wait longer to be matched with a new adoptive family. The campaign aims to encourage potential adoptive parents to also consider adopting older children, sibling groups and those with complex health needs or a disability.[1] To help dispel some of the key misconceptions around adoption a number of families came together to film a short piece about their experiences. The video brings to life the highs, the lows and the reality of adoption and will run online and across social media during the three month campaign.

Many myths appeared during a recent survey:

· 25% correctly stated that once a person is over the age of 21, they are old enough to adopt.

Chancellor of the Exchequer, Rishi Sunak on the Winter Economy Plan