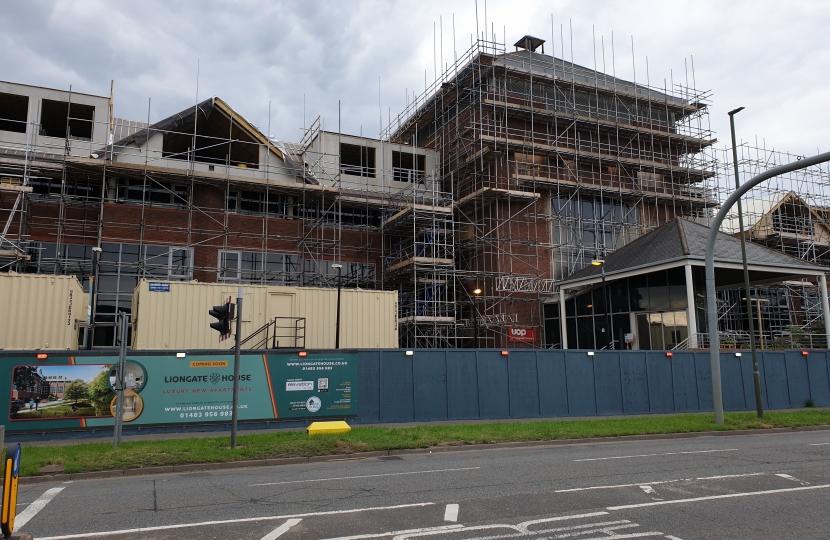 The sale of the council owned Liongate office building on Ladymead at a substantial loss, raises serious issues in the way council assets are being managed by the R4GV/Lib Dem administration.

Why was it necessary to ‘panic-sell’ the property, incurring a capital loss of nearly £3m from an original purchase price of £13m in 2013 at the low point in the market?

Geoff Davis, Chartered Surveyor and former Conservative Borough Councillor, says “The Council sold the property unconditionally, whereas it should, at the very least, have prepared it for sale by putting planning consent in place, which would have been very straightforward under Permitted Development rights.

“Although there was an indication that the property could accommodate 72 residential units, the new owners of the building have been granted planning permission for conversion to 94 luxury apartments. In my opinion, this demonstrates significant negligence by the current GBC administration.”

Christian Holliday, also a former Conservative Borough Councillor and Chartered Town Planner, goes on to say “This property could have made a real contribution to the significant needs of those on the Council’s housing lists and should, without doubt, have been offered formally to GBC’s Housing Department.

“We understand the property was casually offered to the Housing Department, but it was not undertaken in a professional manner, meaning this opportunity has been lost, with no explanation.”

Guildford Conservatives have grave concerns about the competence of the current GBC administration and are requesting a full independent Inquiry into this matter.

The River Thames Scheme is starting the search for the firms which will build the £501m flood alleviation scheme, just weeks after the government gave the scheme the green light.