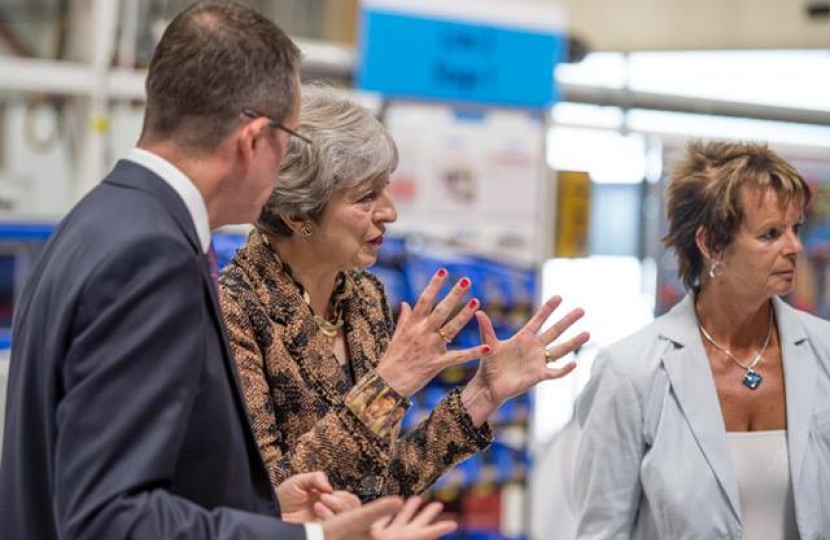 Prime Minister Theresa May has visited Guildford, calling a deal to export 90 double decker buses to Mexico City "a great British win" as she took a tour of a Guildford factory.

The Prime Minister met workers at Alexander Dennis after the company secured a £44m finance deal to build the vehicles.

She was met by Guildford MP Anne Milton as she spoke about the success of the contract.

The contract was secured thanks to £44m financial support from UK Export Finance - part of the Department for International Trade - which has provided £1.7bn of backing since the department's creation last summer to "help businesses export post-Brexit".