Parade celebrating 34 firefighters who joined during the pandemic 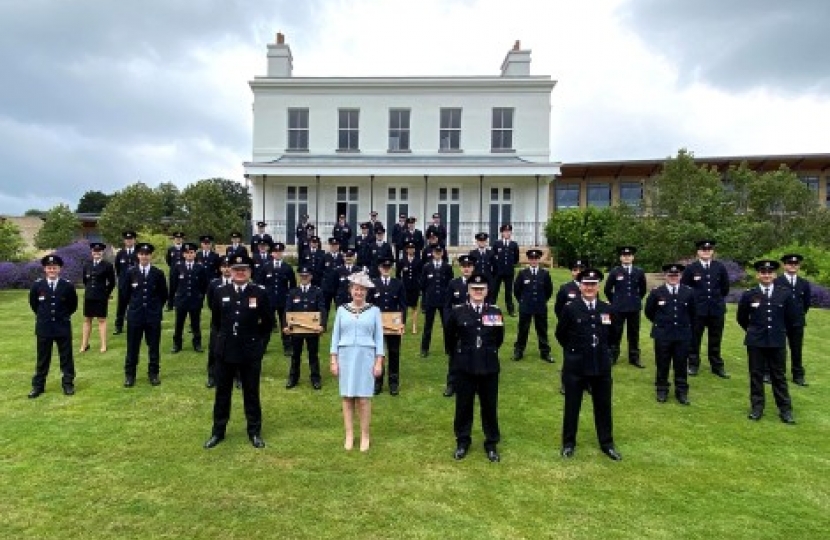 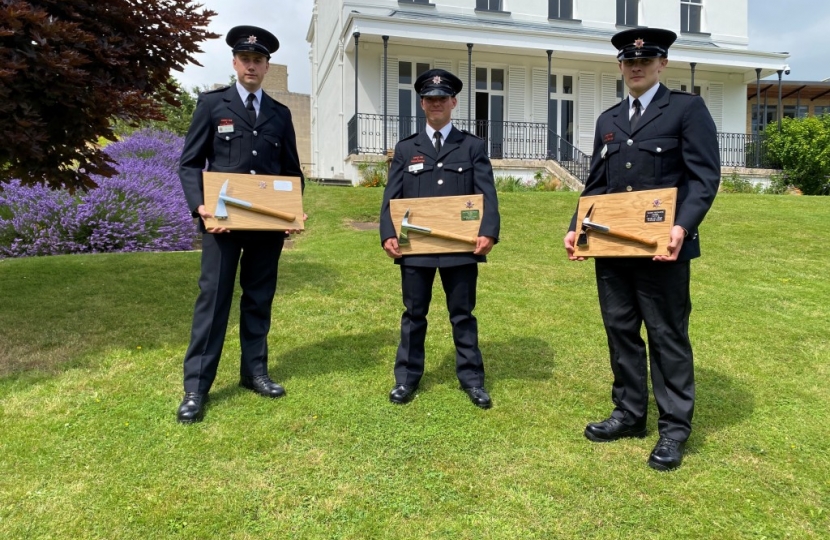 On Sunday (25 July) Surrey Fire and Rescue Service (SFRS) hosted a pass out parade for the 34 firefighters from five recruitment courses who joined the service during the pandemic.

The recruits, who are currently serving across 18 of 25 Surrey fire stations, were not able to celebrate starting their new careers due to COVID-19.

Steve Owen-Hughes, SFRS Chief Fire Officer, said: “I promised our new colleagues that their achievements would not go unnoticed, so I am absolutely delighted to have hosted this parade in their honour. Pass out parades are such a crucial part of new careers within the fire and rescue service and are always so well earned and enjoyed by family and friends.

“There is no doubting the hard work and determination that trainee recruits put into their initial courses and the fact that we get to celebrate them all together as current-serving personnel, is fantastic. It’s really important that we actually meet family members and loved ones too, firefighting is a role that can at times take its toll both mentally and physically, and the support system at home is just as important as the one here at work. Welcome to all of our newest firefighters and their families.”

Mark Nuti, Cabinet Member for Communities, said: “This is my first pass out parade as Cabinet Member for Surrey Fire and Rescue Service – and what a parade it is! Not only is it the first one at Surrey County Council’s new Headquarters in Reigate, it also celebrates not one but five fantastic courses.

“I’m so proud of our fire service and the work that’s been done and continues to be done to improve the service. This new group of 34 firefighters will only further enhance the safety of Surrey residents and businesses. Thank you for everything you’ve done and continue to do.”

You can watch the Facebook Live stream of the parade by visiting www.Facebook.com/SurreyFRS.

The service is currently recruiting on-call firefighters. On-call firefighters are members of the local community who may have other commitments or full-time employment outside of the fire service, but they either live or work nearby to an on-call fire station. When alerted via pager, they’re able respond to emergency calls as and when required. Find out more information about positions within SFRS by visiting www.surreycc.gov.uk/firecareers.

Transport Secretary Grant Shapps on building a railway fit for the future.

Sign up to keep up to date with local news