Member of Parliament for Guildford

Angela Richardson has been the Member of Parliament for Guildford since winning the December 2019 General Election. Originally from New Zealand, Angela has lived in Ewhurst for over 10 years and prior to that has lived in and around the Guildford area for 7 years.

Angela has real world experience and a background in Investment Banking Operations, she has also worked in the City of London for Schroders and Axa Investment Managers. Angela is married to Jeremy and they have three teenage children, all born at the Royal Surrey.  Two and a half years ago Angela joined Cranleigh Parish Council and was returned in the May elections and serves as Vice Chairman and Chair of Finance.  She has also been a School Governor and Chairman of a PTA.  Since 2012, Angela has been an active member of the Ewhurst Players and has worked in award-winning productions as well as singing to raise funds for local and national charities.

Conservative Surrey County Council has made a commitment to facilitate the planting of 1.2M new trees over the next 10 years as part of their Climate Change Strategy. 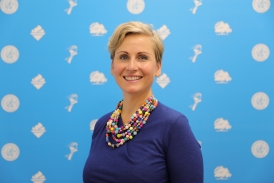